3-D-Printed Structures that “Remember” Their Shapes 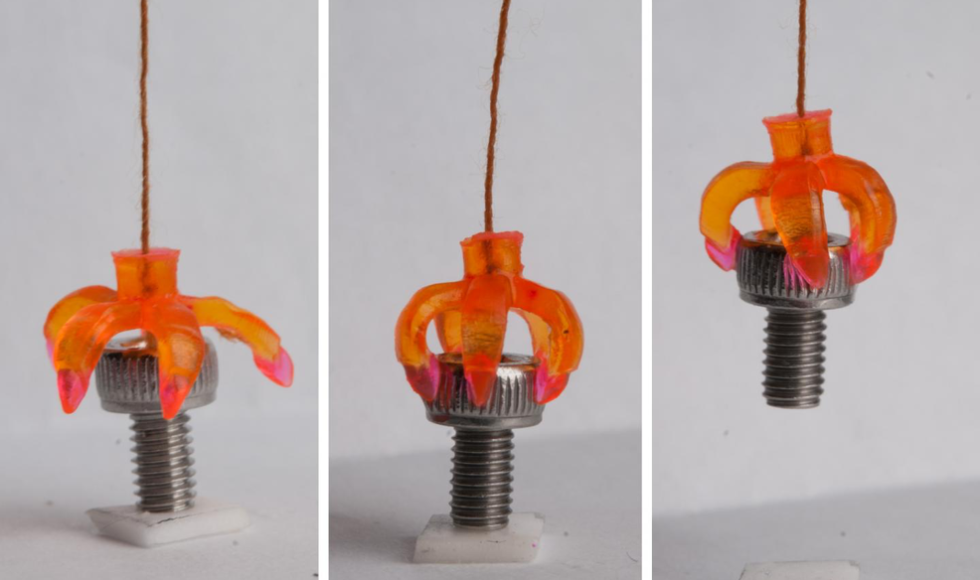 In this series, a 3-D printed multimaterial shape-memory minigripper, consisting of shape-memory hinges and adaptive touching tips, grasps a cap screw. The material is designed to close when the temperature of the surrounding air is raised to specific temperature or higher (credit: Qi (Kevin) Ge)

Engineers from MIT and Singapore University of Technology and Design (SUTD) are 3D-printing structures based on shape-memory polymers that “remember” and spring back to their original shapes when heated to a certain temperature “sweet spot” — even after being stretched, twisted, and bent at extreme angles.

That makes them useful for applications ranging from soft actuators that turn solar panels toward the sun to tiny drug capsules that open upon early signs of infection. Other applications include biomedical devices, deployable aerospace structures, and shape-changing photovoltaic solar cells.

For some structures, the researchers were able to 3D-print micrometer-scale features as small as the diameter of a human hair — dimensions at least ten times smaller than with other printable shape-memory materials, but with materials that can be stretched 10 times larger than those printed by commercial 3-D printers.

The team’s results were published earlier this month in the online open-access journal Scientific Reports.

“We ultimately want to use body temperature as a trigger,” says Nicholas X. Fang, associate professor of mechanical engineering at MIT. “If we can design these polymers properly, we may be able to form a drug delivery device that will only release medicine at the sign of a fever.”

”Fang and others have been exploring the use of soft, active materials as reliable, pliable tools. These new and emerging materials, which include shape-memory polymers, can stretch and deform dramatically in response to environmental stimuli such as heat, light, and electricity — properties that researchers have been investigating for use in biomedical devices, soft robotics, wearable sensors, and artificial muscles.

Shape-memory polymers can switch between two states — a harder, low-temperature, amorphous state, and a soft, high-temperature, rubbery state. The bent and stretched shapes can be “frozen” at room temperature, and when heated the materials will “remember” and snap back to their original sturdy form.

“If you’re able to make it to much smaller dimensions, these materials can actually respond very quickly, within seconds,” Fang says. “For example, a flower can release pollen in milliseconds. It can only do that because its actuation mechanisms are at the micron scale.”

Workflow for the process of fabricating a multimaterial structure based on microstereolithography (credit: Qi Ge et al./Scientific Reports)

To print shape-memory structures with even finer details, Fang and his colleagues used a 3-D printing process they have pioneered, called “microstereolithography” (PμSL), in which they use light from a projector to print patterns on successive layers of resin. It uses a family of photo-curable methacrylate-based copolymer networks, designing the constituents and compositions to exhibit desired thermomechanical behavior.*

The researchers first create a model of a structure using computer-aided design (CAD) software, then divide the model into hundreds of slices, each of which they send through the projector as a bitmap — an image file format that represents each layer as an arrangement of very fine pixels. The projector then shines light in the pattern of the bitmap, onto a liquid resin, or polymer solution, etching the pattern into the resin, which then solidifies.

Fang found that the structures could be stretched to three times their original length without breaking. “Because we’re using our own printers that offer much smaller pixel size, we’re seeing much faster response, on the order of seconds,” Fang says. “If we can push to even smaller dimensions, we may also be able to push their response time, to milliseconds.”

“This is a very advanced 3-D printing method compared to traditional nozzle or ink-jet based printers,” says Shaochen Chen, professor of nano-engineering at the University of California at San Diego, who was not involved in the research. “The method’s main advantages are faster printing and better structural integrity.”

To demonstrate a simple application for the shape-memory structures, Fang and his colleagues printed a small, rubbery, claw-like gripper. They attached a thin handle to the base of the gripper, then stretched the gripper’s claws open.

“The grippers are a nice example of how manipulation can be done with soft materials,” Fang says. “We showed that it is possible to pick up a small bolt, and also even fish eggs and soft tofu. That type of soft grip is probably very unique and beneficial.”

Going forward, he hopes to find combinations of polymers to make shape-memory materials that react to slightly lower temperatures, approaching the range of human body temperatures, to design soft, active, controllable drug delivery capsules. He says the material may also be printed as soft, responsive hinges to help solar panels track the sun.

Scientists at Rutgers University, SUTD, and Georgia Institute of Technology were also involved in the research, which is supported in part by the SUTD Digital Manufacturing and Design Center (DManD) and the SUTD-MIT joint postdoctoral program.

* “We’re printing with light, layer by layer,” Fang says. “It’s almost like how dentists form replicas of teeth and fill cavities, except that we’re doing it with high-resolution lenses that come from the semiconductor industry, which give us intricate parts, with dimensions comparable to the diameter of a human hair.”

The researchers looked through the scientific literature to identify an ideal mix of polymers to create a shape-memory material on which to print their light patterns. They picked two polymers, one composed of long-chain polymers, or spaghetti-like strands, and the other resembling more of a stiff scaffold. When mixed together and cured, the material can be stretched and twisted dramatically without breaking.

What’s more, the material can bounce back to its original printed form, within a specific temperature range — in this case, between 40 and 180 degrees Celsius (104 to 356 degrees Fahrenheit).

We present a new 4D printing approach that can create high resolution (up to a few microns), multimaterial shape memory polymer (SMP) architectures. The approach is based on high resolution projection microstereolithography (PμSL) and uses a family of photo-curable methacrylate based copolymer networks. We designed the constituents and compositions to exhibit desired thermomechanical behavior (including rubbery modulus, glass transition temperature and failure strain which is more than 300% and larger than any existing printable materials) to enable controlled shape memory behavior. We used a high resolution, high contrast digital micro display to ensure high resolution of photo-curing methacrylate based SMPs that requires higher exposure energy than more common acrylate based polymers. An automated material exchange process enables the manufacture of 3D composite architectures from multiple photo-curable SMPs. In order to understand the behavior of the 3D composite microarchitectures, we carry out high fidelity computational simulations of their complex nonlinear, time-dependent behavior and study important design considerations including local deformation, shape fixity and free recovery rate. Simulations are in good agreement with experiments for a series of single and multimaterial components and can be used to facilitate the design of SMP 3D structures.

This article originally appeared on http://www.kurzweilai.net/3-d-printed-structures-that-remember-their-shapes. 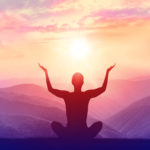 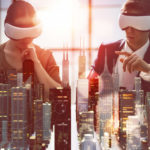 Next Story:
Experimenting With Government