Can You Really Get Sepsis from Trying on Shoes Without Socks?

A young girl in the United Kingdom reportedly got an infection and developed sepsis — a potentially life-threatening condition — after going into a store and trying on shoes without wearing socks, according to news reports.

The 4-year-old girl, Sienna Rasul from South Wales, became very ill the day after trying on shoes in bare feet, according to The Sun. She was diagnosed with sepsis — an overwhelming immune response triggered by a bacterial infection — and spent five days in the hospital on intravenous antibiotics.

But can you really get sepsis from trying on shoes barefoot?

An expert told Live Science that this appears to be an extremely rare case; the general public doesn’t need to worry about getting such an infection from trying on shoes. “For the vast, vast, vast majority of people, trying on shoes without socks is not going to cause them to get sepsis,” said Dr. Amesh Adalja, a senior…

For the rest of the article, please visit https://www.livescience.com/63495-shoes-without-socks-sepsis.html. 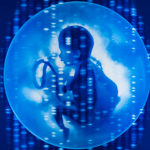 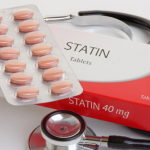 Next Story:
Widespread use of statins in healthy older people to...