Home improvement chain Lowe’s Companies Inc (LOW.N) announced the closure of another 51 underperforming stores in the United States and Canada on Monday as it strives to compete with rival Home Depot Inc (HD.N) in a slowing housing market.

Lowe’s gave no detail of job losses in the move, which closes stores in some upmarket areas including Broadway and Chelsea in Manhattan and follows the shutdown of 99 Orchard Supply stores in California.

Buffeted in recent quarters by the impact of a long winter in North America, Lowe’s has been striving to find ways to catch up with the long-time sector leader Home Depot, whose stores on average generate almost twice as much in sales.

New Chief Executive Officer Marvin Ellison began a restructuring after taking over in July and has said he was reviewing its real estate portfolio, promising to remove slow-selling products and…

For the rest of the article, please visit https://www.reuters.com/article/us-lowes-restructuring/lowes-shuts-51-stores-in-u-s-and-canada-idUSKCN1NA1FN. 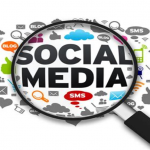 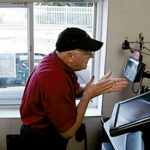 Next Story:
Senior Citizens Are Replacing Teenagers as Fast-Food Workers