In the 1960s it took five hours to fly from New York to Los Angeles, and just 45 minutes to hop from New York to Washington, DC. Today, these same flights now take six-plus hours and 75 minutes respectively, although the airports haven’t moved further apart.

It’s called “schedule creep”, or padding. And it’s a secret the airlines don’t want you to know about, especially given the spillover effects for the environment.

Padding is the extra time airlines allow themselves to fly from A to B. Because these flights were consistently late, airlines have now baked delays experienced for decades into their schedules instead of improving operations.

It might seem innocuous enough to the passenger – after all, what it can mean is that even though you take off late, you’re pleasantly surprised to arrive on time at your destination.

However, this global trend poses multiple problems: not only does your…

For the rest of the article, please visit http://www.bbc.com/capital/story/20190405-the-secret-about-delays-airlines-dont-want-you-to-know 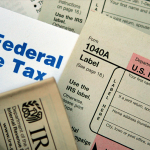 Previous Story:
Congress Is About to Ban the Government From Offering... 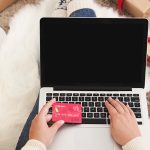 Next Story:
Got Holiday Debt? Pay Off Your Credit Cards Quickly...