Why is there concern that cell phones may cause cancer or other health problems?

There are three main reasons why people are concerned that cell phones (also known as “mobile” or “wireless” telephones) might have the potential to cause certain types of cancer or other health problems:

Cell phones emit radiofrequency energy (radio waves), a form of non-ionizing radiation, from their antennas. Tissues nearest to the antenna can absorb this energy.

The number of cell phone users has increased rapidly. As of December 2014, there were more than 327.5 million cell phone subscribers in the United States, according to the Cellular Telecommunications and Internet Association. This is a nearly threefold increase from the 110 million users in 2000. Globally, the number of subscriptions is estimated by the International Telecommunications Union to be 5 billion.

Over time, the number of cell phone calls per day, the length of each call, and the amount of time people use cell phones have increased. However, improvements in cell…

For the rest of the article, please visit https://www.cancer.gov/about-cancer/causes-prevention/risk/radiation/cell-phones-fact-sheet. 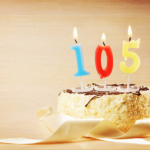 Next Story:
How to Clean Your Filthy, Disgusting Laptop