Are Millennials Inheriting the Nation Our Founding Fathers Envisioned?

American young people, who helped make Bernie Sanders a contender if not a winner in the Democratic Party’s primary, may play a critical role in the general election.

But as they cast their ballots, millennials might want to seek direction from the Founding Fathers.

“In 2008, we hoped for the future,” says Alexander G. Markovsky, author of Liberal Bolshevism: America Did Not Defeat Communism, She Adopted It. “In 2016, we hope for the past.”

That may be especially important for young people – some of whom will be voting in a presidential election for the first time – because they have inherited a nation that has evolved in ways the Founding Fathers wouldn’t have envisioned, Markovsky says.

He says messages the Founding Fathers might have for millennials include:

The Seventeenth Amendment ratified in 1913 established the direct election of U.S. senators by popular vote. This effectively took power from the states, making a mockery of the original intent of the United States Constitution and de facto nullifying the 10th Amendment, rendering it unenforceable. With the ratification of the 17th Amendment the balance of power so carefully constructed by the Founders shifted irrevocably in favor of the federal government at the expense of the states’ sovereignty. With passage of the 17th Amendment, the Senate lost not only its original intended purpose; it became redundant at best and an impediment at worst. Paraphrasing Churchill, “Never has so much been surrendered by so many to so few.”

Markovsky understands if young people are unhappy about their choices in this year’s presidential election. However, the choices of these elections should not be between the individuals and their respective vices, but between potential restoration of the Constitutional principle or further expansion of the Federal Government, subversion of the Constitution and tyranny. As Markovsky pointed out in his book, government by its very nature is an institution of tyranny, a phenomenon the Founding Fathers were well aware of and they designed our Constitution to protect citizens from governmental oppression.

Perhaps that’s something that a combination of the millennial spirit and the Founding Fathers’ vision can provide.

Alexander G. Markovsky, author of Liberal Bolshevism: America Did Not Defeat Communism, She Adopted It, was born in the Soviet Union and now lives in Houston, Texas. He holds degrees in economics and political science from the University of Marxism-Leninism. He is a contributor to FamilySecurityMatters.org and his work also appears on RedState.com and WorldNetDaily.com. 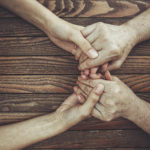 Previous Story:
How to Become More Generous in a Me-First World 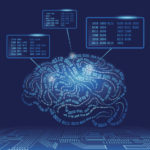 Next Story:
Is It Past Time to Reprogram the Software in Your...